Computer Viruses, Symptoms of infected computer, and How to protect your computer from Viruses

A computer virus is a self-replicating computer program written to alter the way a computer operates without the permission or knowledge of the user. Some viruses infect existing files on your computer, transforming regular files (like Word documents or system files) into infected files. Other viruses delete certain types of files on your computer. Virus sometimes interferes with your mouse cursor making it hard for you to control. A virus can spread from one computer to another when its host is taken to the uninfected computer, for instance by a user sending it over a network or the Internet, or by carrying it on a removable medium such as a floppy disk, CD, or USB drive.

Viruses are sometimes confused with computer worms and Trojan horses. A worm can spread itself to other computers without the need to be transferred as part of a host, and a Trojan horse is a file that appears harmless. Worms and Trojans may cause harm to a computer system’s hosted data, functional performance, or networking throughput, when executed.

Symptoms of a virus infected computer
The following are some major symptoms that show that a computer may be infected:

• The computer runs slower than usual.
• The computer stops responding, or it locks up frequently.
• The computer crashes, and then it restarts every few minutes.
• The computer restarts on its own. Additionally, the computer does not run as usual.
• Applications on the computer do not work correctly.
• Disks or disk drives are inaccessible.
• You cannot print items correctly.
• You see unusual error messages.
• You see distorted menus and dialog boxes.
• There is a double extension on an attachment that you recently opened, such as a .jpg, .vbs, .gif, or .exe. Extension.
• An antivirus program is disabled for no reason, or the antivirus program cannot be restarted.
• An antivirus program cannot be installed on the computer, or the antivirus program will not run.
• New icons appear on the desktop that you did not put there, or the icons are not associated with any recently installed programs.
• Strange sounds or music plays from the speakers unexpectedly.
• A program disappears from the computer even though you did not intentionally remove the program.
• You see folders created inside folders, with the name of the containing folder and then “EXE” extension i.e. new folder.exe
Note: These are common signs of infection. However, some signs may be caused by hardware or software problems that have nothing to do with a computer virus. Unless you have a good and an updated anti virus Software, you may not be certain whether a computer is infected with a computer virus or not.

How to protect your computer

If you suspect that your computer is infected with a computer virus, follow the steps below to remove the virus

Increase your computer speed in 9 minutes

The best way to keep your computer safe 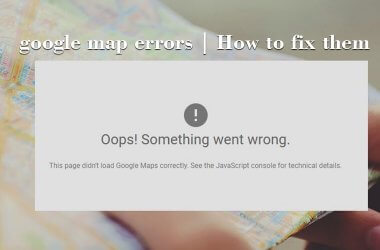