Techbriel
0
0
0
0
let’s examine the differences between Docker vs virtual machines. And get familiar with these technologies side by side
Total
0
Shares
0
0
0

Organizations aimed to transform their work using sophisticated technology as a whole faced limitation due to the past’s varied software, cloud, and on-premises-based infrastructure. Container platforms like Docker and Virtual Machines came up years later to address these issues. Application and microservices deployment are made easier by these platforms. In order to make the best decision, let’s examine the differences between Docker and virtual machines. First, let’s get familiar with the technologies before diving into Docker vs Virtual Machines comparisons.

The primary goal of the Docker project is to make the process of developing, deploying, and operating applications using containers as simple as possible for developers. As a result, Docker can fulfill essential requirements such as application portability and consistency, which are fundamental prerequisites for DevOps and CI/CD initiatives. In addition, containers built from container images make it feasible to bundle an application with all of the necessary libraries, dependencies, and resources for quick deployment. And application deployment can be managed and expedited from development to production by leveraging Linux kernel features like namespacing and control groups to create containers on top of the host OS.

A VM is a computer system simulation. It runs on virtualized hardware in a “sandboxed” environment on a computer or server. The term “virtualized hardware” refers to VMs that don’t have their own dedicated physical hardware. Instead, these VMs share the same hardware resources as the host system. In a sandboxed environment, no part of the operating system, files, or hardware of the host system can be accessed directly.

You may also be interested in docker in depth

Further, Docker was initially developed to function on the Linux platform. Still, it has since expanded to provide more support for non-Linux operating systems, such as Microsoft Windows and Apple OS X. There are also currently available versions of Docker for both Amazon Web Services (AWS) and Microsoft Azure.

Since virtual machines need to load the full operating system in order to start, they consume more resources than containers. On the other hand, Docker containers are less resource-intensive than virtual machines because of their lightweight architecture.

Contrary to containers, where resources such as CPU, memory, and I/O are dynamically assigned based on consumption, virtual machines do not allow these resources to be permanently allocated to containers.

Further, due to the lack of the requirement to install an operating system in containers, scaling and duplicating them is easier than with virtual machines.

Virtual machines have their own kernel and security features and are entirely independent. As a result, virtual machines are used to run programs that require additional privileges and Security.

Virtual machines cannot be easily migrated to different operating systems without causing compatibility concerns. If an app needs to be tested on several platforms, Docker containers should be considered during development.

Since they don’t require a guest operating system, Docker container packages can run programs in any environment. They can also be readily converted between different platforms. Since containers are lightweight and can be started and terminated in much less time than virtual machines, they can be quickly deployed on servers.

Can you run Docker on a Virtual Machine?

Since VMware and Docker approach virtualization from various levels, they aren’t precisely rivals; instead, they complement each other. Several organizations employ them together. You can run Docker on an operating system like Ubuntu or VMware’s Photon, running on VMware ESXi virtual machine.

Docker is rapidly getting popular in enterprise environments. If you’re in a DevOps team and looking for speed and efficiency, Docker is the way to go. At this point in time, however, Docker has yet to replace virtual machines in production situations. That doesn’t mean virtual machines are going away anytime soon. Instead, DevOps teams can run their cloud-native applications on both Docker and VMs simultaneously. 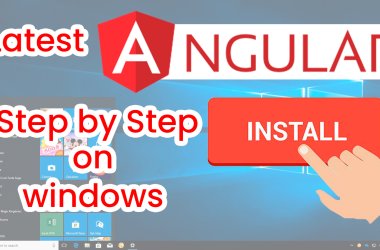