Techbriel
0
0
0
0
Java has proven resilient in fierce competition and remains one of the most widely used and recommended languages. Micronaut, Quarkus and Spring Boot are the top java development framework.
Total
0
Shares
0
0
0

In the last few years, many new languages have emerged. Developers have a wide range of options to choose from. Java has proven resilient in fierce competition and remains one of the most widely used and recommended languages. Micronaut, Quarkus and Spring Boot are the top java development framework. We’ve seen the emergence of new frameworks and toolkits to improve Java application startup time and memory footprints.

Therefore, we will discuss and compare between Quarkus, Spring Boot, and MicroNaut and which framework is better than the other in terms of functionality.

For us to do justice to these three giant framework, we will distinguish and compare them by discussing the most significant points:

Even with introducing these new frameworks, we believe Spring Boot is still the most user-friendly. Developers’ lives are made a lot simpler by the wealth of information and documentation at their disposal. It’s the best framework for newbies to start with.

In addition, MicroNaut provides a lot of helpful documentation. As a result, anyone already familiar with Spring Boot will have no problem picking it up quickly. However, learning and adapting to Quarkus is more difficult than the others. Even though the API and libraries have been around for a while, they still need work.

We won’t use the Spring Boot framework in IDEs because we’ve been using it for so long. In addition, there are two IntelliJ IDE plugins for Quarks that can be used to build and debug existing applications and provides code assistance to help with project startup. However, MicroNaut support is not available in all IDEs. If you don’t have IntelliJ Ultimate, you can’t use MicroNaut in the IntelliJ IDE. Gradle and Maven are still used by MicroNaut, even in Eclipse.

Spring Boot booted in an average of 8.16 seconds in our tests. By removing JPA and Spring Data, we have decreased the boot time to 5.8 seconds. Both MicroNaut and Quarkus, on the other hand, were able to start up in a matter of seconds. Using JPA, MicroNaut booted in 5.08 seconds, while JDBC took only 3.8 seconds. In comparison, Quarkus booted in 5.7 seconds.

As soon as the system started up, Spring Data and JDBC used 420 and 261MB of memory, respectively. When using JPA, MicroNaut used 262MB of memory; it used 178MB of memory when using JDBC. In comparison to the other frameworks, Quarkus consumed 197MB.

Spring Boot and MicroNaut both offer a similar development experience to Quarkus. Some aspects of Quarkus are based on established technologies, so they don’t offer a completely new experience. However, the technologies do not mesh well when comparing Quarkus to Spring Boot projects.

Spring Boot and Quarkus frameworks take a similar amount of time to compile using the JDK. Spring Boot’s JDBC implementation took 6.98 seconds to complete. At 10.7 seconds, Quarkus was a little behind. MicroNaut, on the other hand, is painfully slow! When generating native images, MicroNaut took 231.2 seconds using JDBC and 351.7 seconds using JPA. Because of the excessively long compilation time required to create native programmes, doing so is out of the question.

As promised, MicroNaut and Quarkus delivered their products. They’ve slashed the startup time significantly. The MicroNaut, on the other hand, used less memory only when the system was not overloaded. Quarkus came out on top, based on what we could tell.

Spring Boot is the best framework for building microservice applications despite its long startup times. The framework’s simplicity makes it ideal for beginners. Although Quarkus won top honours, it still lacks development and is difficult to learn. As a result, none of these three has a significant advantage over the other. Al in all, you can select any of them that best suits your needs.

What is Quarkus and what is Quakus good for? 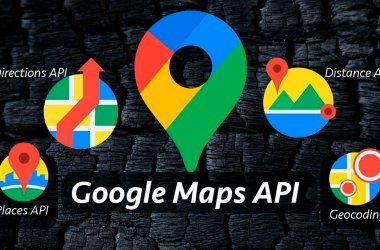 Docker is one incredible and effective tool for packaging, distributing, and running applications. we'll see the Software development workflow with Docker